Books From My Closet

"I Love Books The Way Some Girls Love Shoes" 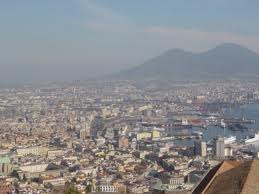 “We Hope for better things, it will rise from the ashes” – Middlesex

It’s Oscar night tonight and I’m home waiting for the show to start, and one of my thoughts is that “Middlesex” should be a movie, I think this novel is worthy of a film.  But this thought isn’t why I’m writing this evening.

I started Book 2 (which is equivalent to a section 2) and Desdemona and Lefty have left their war-torn country and  have begun their life in Detroit, Michigan with their cousin Sourmelina and her husband Jimmy Zizmo.  A LOT has happened so far, but I won’t really talk about it until I reach the end of this section.  But it did make me think of my grandmother’s own story of coming to America in the mid-1950s.

She came by boat with her siblings and lived in New Rochelle, N.Y., in the basement of her Zio Benny and Zia Asunta.  I have always loved listening to my grandmother’s stories about her voyage to this country, unlike Desdemona and Lefty, she didn’t leave because there was a war, but because most of her family had already left to start a new life in America. She left behind the only home she had ever known and a boyfriend.  My grandmother is from Naples, Italy. 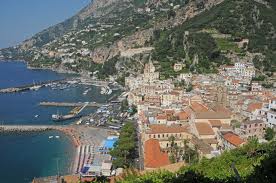 When she first came here she didn’t speak any English, she worked in a factory that I’m going to assume most immigrants that came to this country did.  She met my grandfather David here, who was from Calabria and had met her through her brother.

I have always wanted to take my grandmother’s stories about coming to this country and write a book about it, I think her story is worth telling.  I can’t imagine living the only home I’ve ever known and start life anew in another country, but during my grandmother’s time and before it was about survival, my grandmother knew what it was like to live in a war torn country controlled by a dictator. She knew what a simple life is before coming here.